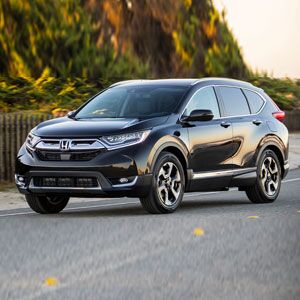 For sport choices, it has two-door coupes of its popular Civic. Commuters like the Civic, Accord, and Fit. Families find plenty of room in the top-rated Honda CR-V, Odyssey minivan or Pilot. The HR-V slots in as a commuter SUV with a definite urban appeal. A few years ago Honda reintroduced its midsized Ridgeline truck, and pickup enthusiasts really like the design.

Repeatedly hitting the top spot at Edmunds and Kelley Blue Book, the 2016 Honda CR-V represents the brand’s best of the best. Kelley Blue Book has written that the CR-V is the best-selling SUV of the decade.

Higher powered than many SUVs at this size price, the CR-V still manages to earn 34 mpg highway and 27 mpg city. When it comes to cargo, the 2016 CR-V has 35 cubic feet in the hold. It has a low load floor, making it easier to put heavy items right in without straining yourself. If the seats are folded, there’s 70 cubic feet, which led its class that year.

If you need many seats, the Honda Pilot Used Phoenix is known for its spacious third row, helpful storage well, and its one-touch, easy-access second row. It has great reputation. In 2016, it topped the U.S. News and World Report ratings, took home an A from Edmunds, and was named the Best Buy of the Year at Kelley Blue book. Push button start was made standard, and either a 5- or 8-inch screen provides rearview video and Bluetooth audio functions. With HondaLink, drivers enjoy Pandora, Song by Voice and SMS text messaging. At Earnhardt, you can see this big SUV side by side SUVs made by other automakers. This is a good way to gauge whether it is right for your family’s needs.

Big families can also choose a used Odyssey. These minivans take care of seven or eight people. Honda let consumers choose from a long list of goodies that you may find on today’s used Odyssey minivan. The generous cabin may have things to making loading people and cargo easier. These include power-slide doors, a power tailgate and a third-row Magic Seat. To take care of families, it may have a center stack cooler or a built-in vacuum. Drivers benefit from extras like turn-down side mirrors or Honda LaneWatch. Temperature regulation devices include seat warmers, rear side shades, and multi-zone climate controls. We should also note that the 2016 Odyssey earned a five-star NHTSA rating while many other minivans couldn’t make the grade. 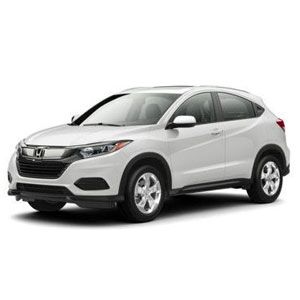 The smallest SUV in the brand’s lineup is the HR-V crossover. It hasn’t been on the market very long, but it’s made its mark as a high quality small SUV with big urban appeal. Gas mileage is 32 mpg highway/27 mpg city (2016). It’s no wonder that Car and Driver wrote that this SUV was at the top of its class. Automobile Magazine praised it for responsive, agile handling, well-controlled body motions, and light steering. Autoblog reviewers liked the vehicles good manners behind the wheel. Used SUV shoppers will notice the way it defies its class by offering a high quality interior, the extra headroom, ample legroom, and higher seating position.

If you don’t need a big vehicle, a used Honda Fit Phoenix is a perfect choice for Phoenix AZ drivers. Reliable, it has a record that shows it can last longer than other cars its price and size. Smart, it earns great gas mileage. Clever, it has a Honda Magic Seat that lets you claim more cargo space. Small, it fits any urban parking space. Affordable, it is definitely a good choice for people who are both on the go and on a budget.

Honda has excelled at family cars for decades. The Civic sedan is a spacious small sedan with a gracious backseat. The Accord has made its mark as one of the best-selling sedans in the United States for many years. Shopping for a used Honda Accord Phoenix will allow you to see how its high quality interior and larger cabin make it such a good buy. Sweetening the deal, these Hondas tend to have among the top fuel economies in their class. When it comes to Phoenix Honda used cars, these good deals are also good values.

The Ridgeline was reintroduced a few years ago, and the critics loved it. Consumers like it, too. The cabin feels like a spacious two-row Pilot. It has the same high quality materials and same high tech cabin. The Ridgeline bed was designed to hold more than similar beds on other trucks. Plus, it is the only truck to have a trunk. Built into the floor of the bed, it doesn’t get in the way of hauling. For tailgating or camping, you can use the trunk as a food cooler and drain away melted ice when you need to. It’s definitely a good machine for those who love to have fun and love to get work done.

Ready to get behind the wheel of a Honda? Find one in our large selection at Earnhardt. If you have a favorite, come see it or at least ask for us to send you price alerts.