Should You Buy the Honda CRV Used Phoenix AZ? 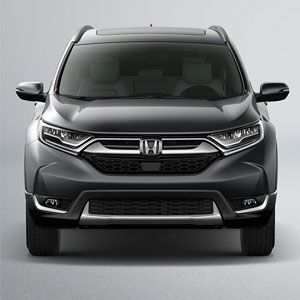 If you are looking for the promise of a good value to families, you are looking for a Honda CRV used. Popular across the country, the CRV looks 100 percent modern, but it fills the role of an old-fashioned station wagon. In this used CRV review, we’ll take a quick look at the last seven years of this used Honda SUV.

2020 was the model year that Honda Sensing became standard on all CRV models. If you are buying a 2020 Honda CRV used, this gives you all of the top tech at the price of the entry level trim. It’s also the year that the higher horsepower engine was made standard. Even at the entry level, there’s a powerful 190-horsepower unit to keep the driver happy. Honda even tweaked the exterior styling adding more definition and interest to the SUV’s good looks.

Spacious, the CRV is known for taking care of five people with a generous amount of wiggle room. Fuel efficient, it helps manage the family budget. Cargo capacity is best-in-class with almost 40 cu.ft. of luggage space. That’s more than double the average sedan. Safe, it repeatedly earns five stars from the NHTSA. Reliability is above average, according to JD Power. You can definitely say that this used Honda SUV covers every angle.

The 2019 CRV is very much like the 2018 model. Furthermore, it has grabbed six number one designations from the U.S. News and World Report. It gets high rankings whether based on SUVs in its size range or its price range. That’s why this model is in such high demand as a used SUV, and it’s why shoppers are so happy when they find one. Remember Earnhardt Auto is your home for better used Hondas.

The 2018 SUV was also named Best Compact SUV for Families by U.S. News and World Report. Ride quality is good, matching the premium nature of the well-crafted interior. The tech system gained Apple CarPlay and Android Auto connectivity, a win-win for smartphone owners everywhere. This was the year that a turbo 190-horsepower engine was made standard on any 2018 EX, EX-L or Touring used CRV for sale.

Whether it’s the 2018 or the 2019, CRV EX and higher models have Honda Sensing with an autobrake, forward collision warning, pedestrian autobrake, and adaptive cruise control. A lane departure system has an assist to straighten up the SUV in its lane. A road departure system, which until recently was rare outside of the Honda automotive family, will slow the vehicle if it recognizes that the wheels are leaving the pavement. It also helps steer the SUV back onto the road. When you are window shopping in our inventory, remember there are good buys and then there are best buys like certified preowned Hondas. 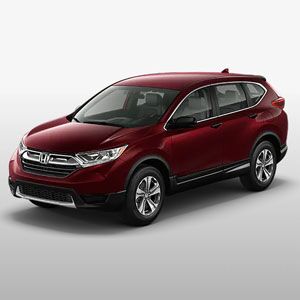 This was a brand new model year, and you’ll find that a 2017 Honda CRV used is thoroughly updated compared to prior years. The large interior grew even more, and the large cargo hold grew with it. Honda squeezed more rear-seat legroom into the cabin, too. Tech was upgraded with more Sensing safety features and a new infotainment system with a traditional volume knob. Used Honda shoppers should be on the lookout for such must-have features as rear USB charging ports, a remote engine starter, a hands-free power hatch, and a 12-way power driver’s chair.

Having made many changes in 2015, Honda didn’t need to do much for 2016. Still, it added a 2016 Special Edition CR-V that slotted between the LX and EX. You will recognize it right away because it has a two-tone finish. Other exterior extras included second-row privacy glass and 17-inch alloys.

In 2015, an overhaul marked this model as superior to others in the same generation. The enhanced styling makes it prettier inside and out. More features brought it in line with others in the class. The continued emphasis on technology in 2015 ensured that a used CRV is a better buy for tech than many rivals made the same year.

The 2014 CRV was another winner of Best Compact SUV for the Money. Fuel economy is 30 mpg highway. Before it was required by law, a rearview camera was standard on every 2014 Honda CRV used. Smartphone integration and Bluetooth are included as well. Best of all, JD Power says it has an above-average reliability rating.

Whether you want the latest breakthroughs, a quality ride, a family taxi, or an efficient commuter, you’ll get everything you want in a Honda CRV used at Earnhardt Auto Centers. Check out our online inventory and schedule a test drive.