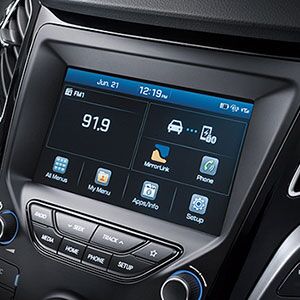 Earnhardt Auto Centers is your go-to used Hyundai dealership.  With our large family of dealers, we keep a big assortment of used Hyundai Phoenix shoppers will love.  There are the sedans: Azera, Sonata and Elantra. There are the hatchbacks: Veloster and Accent. Two-row SUVS include the Santa Fe Sport and the Tucson. You can also find the three-row Santa Fe SUV to take care of your growing family. 0

With so many in stock, there’s sure to be the make, model, and color you want.  Look at our online inventory for the Phoenix area.

What Makes a Used Hyundai Sonata Phoenix So Popular?

The Sonata is known for its cushy, large interior. In fact, the 2015 edition was considered the number one sedan in its class by U.S. News and World Report.  They praised it for its plush ride quality, easy-to-use features, quiet interior and first-class materials. They also noted its muscular turbocharged engines that can earn 31 to 38 mpg at the gas pump.  The 2017 edition earned the Good Design Award. It was named as one of the most awarded cars of 2016, according to Kelley Blue Book. Clearly, this sedan is a good pick for a used car. At Earnhardt, you’ll find a 2017 Hyundai Sonata for sale and many other model years as well.

Why Pick a Used Elantra for Sale Near Me?

The smallest sedan in the lineup is still a good value. It has good second-row legroom to take care of passengers.  Good fuel economy helps keep your costs down. In 2014, the Elantra was named Highest in Initial Quality by JD Power.  In 2017, it was named the Best New Car for Teens by U.S. News and World Report. The Elantra GT has earned a sport on the 10 Coolest Cars list by Kelley Blue Book.  Compare Elantra styles.

Why Choose a Used Hyundai Accent?

If you want a hatchback, the Accent is a logical choice. It is a good commuter car and a high quality companion. The Accent has earned Highest in Initial Quality Awards from JD Power. In 2014, it earned a Best Value Award from Vincentric.  Check out our prices on used Accents.

Why Pick a Used Hyundai Veloster?

A used Hyundai Veloster is a fun choice.  The coupe style has earned it a lot of fans. It looks like a two door but it has a hidden door that lets you access the backseat easily.  Of course, it’s a hatchback which makes a good pick for those with a lot of gear to carry. The Veloster earned Car of the Year from Autobytel in 2012.  A used Hyundai Veloster offers exciting performance to go with its cool exterior. For a cheap Hyundai Veloster, check out our inventory. 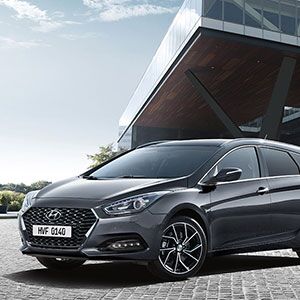 Why Select a Used Hyundai Tucson?

The Tucson is a two-row SUV that’s right for families and others on the go.  Over the years, it has been recognized for its value. For instance, in 2015, it was the Highest Ranked Small SUV in Initial Quality according to JD Power.  In 2016, it was named MotorWeek’s 2016 Drivers’ Choice. A test drive can tell you how well this SUV responds to a driver’s commands.

Why Choose the Santa Fe Sport?

If you don’t need three rows, you can get all of the Santa Fe’s quality in a smaller vehicle. This Hyundai 4 door hatchback is a good pick for any commuter.  It has been named the 2014 Cars.co Family Car of the Year. Find a used Santa Fe Sport near you.

Hyundai is an Award-winning Brand

As a brand, Hyundai really stands out.  There are many award winners in the family.  Several of its cars are about a size bigger than comparable models. This means more passenger space and sometimes more trunk space. It has a variety of SUVs, allowing you to find one that really fits you or your family.  There’s an emphasis on quality that shines through in the interior materials. Drivers who want a good deal on a used car will definitely find it when they choose a Hyundai. JD Power and Associates has named Hyundai as the lowest-cost-to-own brand.

What about Warranty Coverage?

In many cases, a used Hyundai may come with the remainder of the manufacturer's warranty.   Hyundai warranties last up to five years for bumper-to-bumper coverage and up to ten years for powertrain coverage. As such, if you purchase a Hyundai from a reputable dealer such as Earnhardt Auto Centers, you may be able to continue this coverage without a charge.  That’s quite a benefit that you can’t get with many other used cars.

Rest assured, our used Hyundai dealership mechanics make sure that the vehicles are in top condition.  They do an inspection of more than 125 points on the vehicle.

Find a Good Deal on a Used Hyundai Today

If you look at our large selection of Hyundais, you can learn everything from the price of a 2017 Hyundai Sonata for sale to a Hyundai Veloster 2016 Price.  We can offer so many Hyundais, over 150 usually, because we have many dealerships in the Earnhardt family. If you see one you like, act quickly. Hyundais tend to drive away almost as fast as they arrive.