If you want a better used truck, you can’t go wrong with used Chevy Silverados in Phoenix AZ. The truckmaker led the way in technology with standards such as touch screens and Bluetooth on base editions. Furthermore, these trucks had Wi-Fi via the Onstar system well before it was offered on rivals.

This truck manages to succeed in every area. The handsome interior is well-insulated against noise. Powerful engines ensure ample hauling and towing capability. Chevy Silverado 1500s rival Ford F-150s while surpassing other truck brands in terms of payload and tow ratings.

The reliability scores are high, which is especially important when looking for the right used vehicle. Since JD Power surveys look at trucks that are several years old, these are especially meaningful for today’s buyers of used Chevy trucks Phoenix. 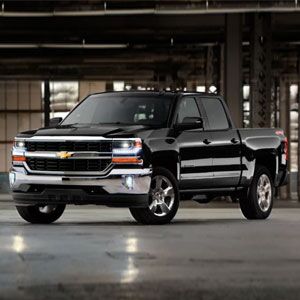 This was the first year that a rearview camera was standard. Horsepower is as low as 285 or as high as 420. For the best fuel economy, you’ll want to look for the mild-hybrid eAssist which is available only on LTZ and LT models of this used Chevrolet Silverado Phoenix AZ. It’s also possible to find one with forward collision warning or lane keep assist.

Tow ratings edged up this model year. Chevy added the Teen Driver system. It was still ranked #1 by U.S. News.

Lane keeping assist was added to the menu. It’s also the first year that buyers could get Android Auto or Apple CarPlay. U.S. News ranked it #1 as a new truck and continues to rank it #1 as a used 2016 truck. 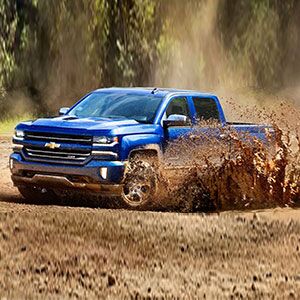 The previous Silverado generation was strong and capable for its time. Horsepower ranged from a low of 195 to a high of 403. The highest trim level was the LTZ, which has dual-zone automatic climate controls, leather seats, and Bluetooth. In addition to the 2013 edition, 2010, 2011, and 2012 models are considered good buys.

Which truck is right for you? Check out the Earnhardt inventory and find your match with a used Chevrolet Silverado.