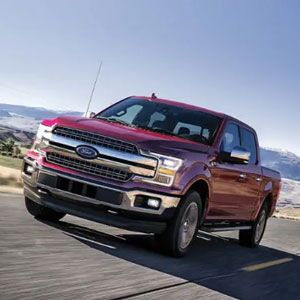 Whether you are looking for a pickup for work, for play or for your family, you’ll find your match in used F150 Trucks Phoenix AZ. These rides are the best-selling vehicles in the United States year after year for the last 40 years.

What to Expect from Used F150 Trucks

Considered top tier by drivers and critics, Ford’s light-duty truck has a reputation for strength and durability. The full-size pickup comes in regular, Super Duty and Super Crew cabs. Beds measure 5.5 feet, 6.5 feet, or 8 feet. With a top trim edition, a good used Ford truck can double as a luxury ride.  Regular trucks are offered only in XL and XLT trim levels.  Here’s a look back at the 2020 Ford F150 and its most recent predecessors.

Our favorite feature on the 2020 Ford F150 is the 10-speed automatic transmission.  You won’t find that on any other brand of truck.  It makes all of the engines more efficient, and it helps these used trucks get better fuel economy than much of their class (Source: U.S. News and World Report).   Speaking of powertrains, used truck shoppers should look for better engines on the less expensive trims because this was the first year that Ford made them available. Likewise, shoppers should be on the lookout for appearance packages and special work truck packages.  Phoenix AZ used F150 shoppers should look for dual-zone automatic climate control and ventilated front seats, two features available on the 2020 models.

This was the year that Ford added a 450-horsepower engine to the Limited trim.  That’s the same outstanding engine as Ford uses on the Raptor. Plus, the manufacturer added lots of safety features. This includes warning systems for forward collision dangers that is backed by automatic emergency braking. The rearview camera offers dynamic hitch assist. The high-beam headlights can automatically raise and lower to match traffic patterns. Other features to watch for include Trailer Brake Assist, Lane Keep Assist, a surround-view parking system, the exclusive blind spot system that includes the trailer, and Sync 3 with Android Auto and Apple CarPlay connectivity.

Only two years after a total redesign, Ford achieved a major refresh with the 2018 F150. The cabins became higher quality and roomier. The engines are even more capable and powerful. Shoppers should check out the hauling and towing capacity. These are some tough trucks. Critics named it the 2018 Motor Trend Truck of the Year.

Ford added more safety features to its menu in 2018, which should make used truck buyers happy. In addition, used 2018 models may offer special bed features such as in-bed lighting, moveable tie-downs or a tailgate step. Shoppers may also look for models with automatic engine ignition.

The Raptor is the ultimate used F150 truck. The 2018 model has a twin-turbo EcoBoost engine that spits out 450 horsepower. A ten-speed automatic helps the driver harness 510 lb-ft of torque. For off-roading, there’s a new Terrain Management System with six modes of operation.

Pickup drivers will like the fact that these trucks helped lead their class with above-average towing capability and powerful engines. Fuel economy improved to 25 mpg/highway on some models. Making families happy, safety scores were excellent. The 2017 F150 was named Best Full Size Truck for the Money by U.S. News and World Report.

Used F150 truck shoppers will want to look for Apple CarPlay and Android Auto, which were first offered in this model. These systems make it easy to connect your smartphone. It’s also the first year that Ford offered its revolutionary 10-speed automatic.

Ranked at the top of its class, the 2016 F150 benefited from the fact that the 2015 redesign was a success. Shoppers discovered that the new aluminum build was just as reliable as the old steel design. They liked the new technologies on the dash and the luxury-level trim editions.

The Sync system was updated to include Sync 3. It was applauded as a more reliable connection to smartphones. Used F150 truck shoppers will want to look for Pro Trailer Backup Assist. It takes the guesswork out of trick reverse maneuvering with a trailer. 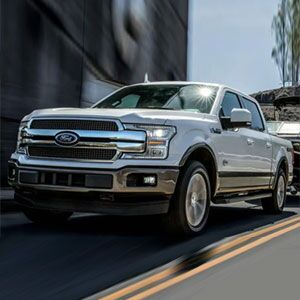 This was the year that Ford switched to a majority-aluminum build. The pickup dropped about 600 pounds, making it more fuel efficient. It could also haul or tow more because it weighed less. Critics weren’t sure at first if this truck could handle the same tasks as its predecessors, but the 2015 F150 proved to be just as tough as any before it. The model achieved a milestone, earning Top Safety Pick from the Insurance Institute for Highway Safety.

Ford started offering a list of crash avoidance features in 2015. Used F150 truck shoppers may find a blind spot monitor or automatic emergency braking. Another new feature was the MyKey driver monitor, which helps parents oversee a teen’s driving. For parking, Ford added a surround-view camera to the menu.

The 2014 F150 builds on the success of the 2013 models. Technologies and engines, new in 2013, had been tested and, where necessary, improvements were made. This was the first year for Ford to offer a step that attached to the tailgate. The STX trim was added to the SuperCrew Cab style.

Turbocharged Ecoboost engines made the 2013 F150 much more efficient. This V6 engine could pump out V8-level power while drinking less gas. It’s also the first year MyFord Touch was available for smartphone connectivity. Other changes included a new center console and more interior color choices. In 2013, a new Limited trim offered a luxury cab to rival premium SUVs. HID headlights were introduced as a menu item.

With 21 dealerships and a large online inventory of used vehicles, you can be sure that Earnhardt Auto Sales has a good supply of used F150 trucks. Our staff is available to help you match your hauling needs to the right F150.