What To Look For When Buying A Used Volkswagen Beetle?

Beetles have been around since before the singing group the Beatles. Now VW has announced that 2019 is the last year that they would produce this beloved icon. If you want to buy a used VW Beetle, the time is now to find the best used models. Here’s some interesting information you should know.

Used Beetles are four-seater cars. They have a minimum of 170 horsepower, but you may find one with as much as 200. Front-wheel drive is standard. The engine is in the front, unlike the classic ones where the engine was in the back. 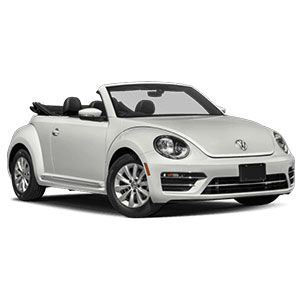 The premium nature of the Beetle is well-established by this model year. For a compact car, it gives passengers a very smooth ride. Shoppers may be able to find a 2018 VW Beetle with leatherette instead of cloth upholstery. The large 6.3-inch touchscreen comes with Apple CarPlay and Android Auto. You may be able to find a model with a blind spot monitor. Rear storage measures 15.4 cubic feet, but it can expand to 29.9 cubic feet if you fold the rear seats.

2017 base edition Beetles came well packed. They have a rear view camera, Bluetooth, a USB port, and a 5-inch touchscreen. You may want to look for the exciting Dune trim in a used VW Beetle for sale.

This year they added a user-friendly touch screen. It was also the last year for a manual transmission so if you like to do your own shifting, look for great deals on a 2016 Beetle manual edition.

Shoppers should be on the look out for a limited-edition 2015 Beetle Classic trim. The car’s safety ratings were five-star this year, and Volkswagen added its safety system that turns on the interior lights and the hazard lights plus cuts off the engine in a collision situation.

By 2014, critics were praising the Beetle for its upscale interior. The peppy engine made drivers happy while the improved suspension gave passengers a more comfortable ride. A 2014 Limited edition GSR model would be an especially good catch. This was the first year that rearview cameras were available. 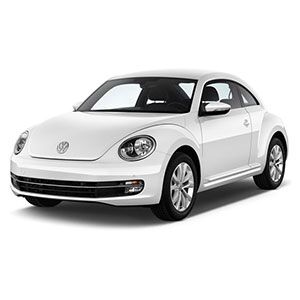 For 2012, you’ll find that the Beetle was totally updated, and the quality was upgraded significantly. There were no 2011 models.

This generation of used VW new Beetles won over consumers with their fun styling. Fuel economy was fairly good, and drivability got a thumbs-up from critics.

If you want a classic, it’s buyer beware. Unless it has been fully restored, old Beetles (prior to 1998) simply don’t have the quality of the current crop of Beetles (2012-2018). Fortunately you don’t have to buy a classic Beetle to get the classic shape.

Now that you know more, start your search for the VW Beetle at Earnhardt Auto Centers. Check the online inventory and, if you don’t see the Beetle you want, our staff may be able to find it for you.